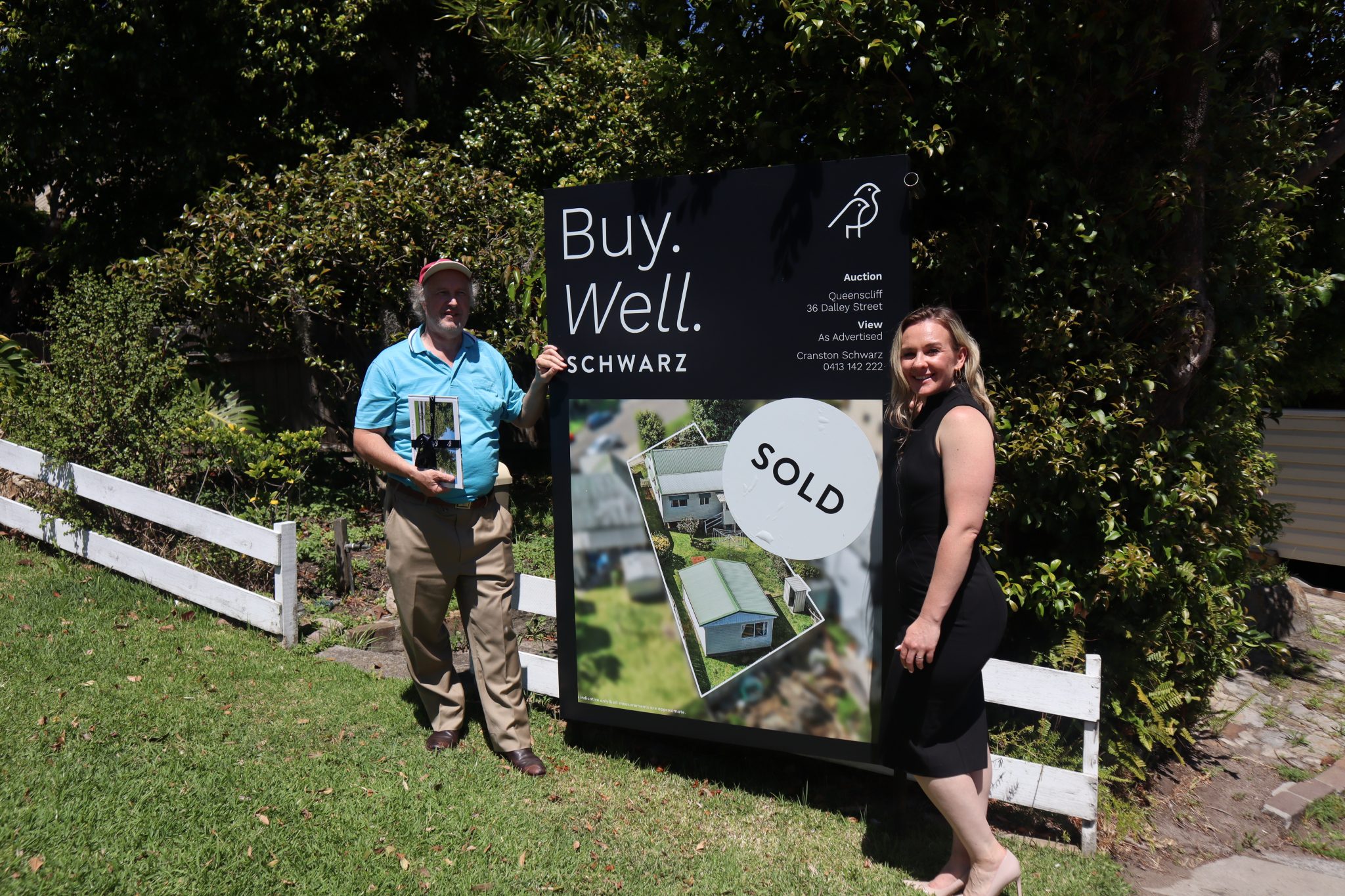 A Bittersweet Sale of 36 Dalley Street

The sale of 36 Dalley Street was a bittersweet one, the property was held by the Baker family line for 107 years. Although the property sold for a fantastic result, that also meant it was the end of an era!

Prior to placing the home on the market, the Schwarz team had managed the property for almost 8 years for the Baker family. In this time, the property management and sales staff had built formidable relationships with both the owner Brian Baker and his son Terry Baker.

Hannah Carney managed the property from day one, “Brian and Terry came to our Freshwater office about 8 years ago, they were having issues with another managing agency in the area at the time. From the first greeting we all really got along, and they were delightful to deal with ever since”.

“Brian was in his 90’s, so his and Terry’s preferred contact was face-to-face communication, and since they were local, they were frequently stopping by the office for a chat”.

Sadly, Brian fell ill and passed away in July, leaving Terry with the tough decision to sell the home after over a century of being kept in the family name.

When it came time to sell, Terry did not think twice about choosing Schwarz, “We’ve always dealt with Schwarz and we think they are the best, they go over and above any other agency. We find them very efficient and a marvellous agency to deal with, the staff members are all great” he said.

The near original cottage with 346m2 on title, was placed on the market for auction. It offered the perfect scope for buyers to create their dream home and was set in a highly desirable location, within walking distance to Freshwater village, and within easy reach to Manly and various beaches.

“It was a prime piece of Real Estate that was always destined for a successful sale” says lead agent and principal Cranston Schwarz.

The property was on the market for 28 days, and had 279 enquiries with 34 private inspections. At the online auction there were 4 registered bidders and the property sold for an amazing price for both the vendor and purchaser.

“Although I didn’t want to sell it, Schwarz did an excellent job and were very professional in the process” said Terry Baker.

Knowing that we have been able to help someone move onto the next stage in life and relieve some stress in the process, is what makes us love what we do.

Let us know what your thinking. We're here to help.